After seven years of negotiations, India has backed out of joining the Regional Comprehensive Economic Partnership (RCEP), a Free Trade Area (FTA) that was to include 16 countries—the 10 member countries of the Association of Southeast Asian Nations (Brunei, Cambodia, Indonesia, Laos, Malaysia, Myanmar, the Philippines, Singapore, Thailand, and Vietnam) as well as China, Japan, Korea, Australia, New Zealand, and India.1 China wants an RCEP minus India to be launched in 2020.

RCEP with India would cover 40 percent of global gross domestic product and over half the world population. It could become the most important trade zone in the world.2 India’s opting out is like a Brexit before entry.

India has been moving toward protectionism in recent years, and many Indian lobbies are terrified of competing with China.3 In theory, India could bargain for better entry conditions in the next six months and join RCEP when it is launched in 2020. India has a big market, and other Asian countries are anxious for it to join. Japan has said it is in no hurry to go ahead with an RCEP minus India.4

Yet, negotiating seriously better conditions from RCEP members within six months would be difficult. Doing a U‑turn now, within months of opting out, looks politically unfeasible, given the strong opposition from many political parties and lobbies that claim Indian industry and agriculture would be killed by cheap imports if it joins RCEP. A more gradual approach would be for India to spend the next five years carrying out reforms to make itself more competitive and then join RCEP. India has the highest import tariffs among potential RCEP members and should prune these within the next few years so that it could enter RCEP without any serious disruption.

After opting out of RCEP, Commerce Minister Piyush Goyal said India could instead strike FTAs with the United States and the European Union.5 That is daft. If RCEP conditions look tough, those demanded by the United States and the EU would be far tougher. President Trump has called India a “tariff king,”6 withdrawn duty‐​free entry for $6.3 billion worth of Indian exports under the Generalized System of Preferences (though this may be renegotiated), imposed tariffs on Indian steel and aluminum, cracked down on H‑1B visas used by Indian software engineers, and taken India to the World Trade Organization for unfair export subsidies.7 Negotiations with the EU for an FTA have dragged for years with no meeting ground. These are not realistic alter­natives to RCEP. Besides, world growth in the next half century will be driven by Asia, not Europe or the United States, so RCEP is where India should be.

Not a single prominent constituency in India supports RCEP. Opposition parties, farmers groups, trade unions, and the Confederation of Indian Industry say no. The ruling Bharatiya Janata Party found that its own industrial, farm, and trade union affiliates oppose RCEP. Prime Minister Narendra Modi said he could not find enough popular support for joining.8 But there was no popular support for the economic reforms in 1991 when India went bust and asked for an International Monetary Fund rescue; however, that “forced” liberalization launched India toward 7 percent growth. Outside pressures are often the best way to overcome internal objections to reforms that are needed but feared. Joining RCEP could have provided the outside pressure for India to resume the reform path.

Goyal said that RCEP lacks enough safeguards against being flooded with Chinese imports; that access through RCEP to China’s market is hampered by nontariff barriers; that RCEP does not give enough scope for Indian service exports; that RCEP’s proposed base rate for cutting duties was set at 2014 (when India’s duties were lower) and not 2019; and that RCEP’s rules of origin are weak.9 However, if 14 other countries were confident of meeting the Chinese challenge with safeguards that RCEP provided, why not India?

During negotiations, India sought and got safeguards against surges of agricultural imports (in which New Zealand and Australia are very competitive) and of “sensitive” manufactures. A quarter of Chinese goods were excluded from tariff cuts, while cuts on the rest were to be phased in over five to 25 years. This gave all members plenty of time to adjust to challenges while reaping the gains of creating a major trading bloc. Global value chains now represent a huge chunk of global trade, and RCEP membership is vital to become part of those value chains. Yet India decided to opt out.

One reason given was that India had entered into FTAs with other countries and that in every case, India’s trade deficit with those countries had widened. However, implementation of those other FTAs has been slow, and only a small part of the proposed liberalization has occurred. Besides, India’s trade deficit with the rest of the world has also increased, so FTA deficits as a proportion of the total has actually fallen. The problem isn’t deficits or FTAs but a lack of Indian competitiveness.10

India Must Improve Its Competitiveness

India is uncompetitive in most economic inputs. Compared with many Asian competitors, India has high costs of land, labor, capital, electricity, taxation, and rail and air freight rates. It needs to get those costs down.11 Rezoning agricultural land into industrial land is a massive racket requiring huge bribes. India’s land acquisition laws require compensation up to four times the existing land price plus a host of other conditions that lead to litigation and long delays in acquisition, stalling many projects. Environmental and tribal clearance can be very slow. The government is thinking of acquiring land to create industrial zones with prior environmental clearance to be offered to foreign invest­ors setting up large factories. This is a start, but India needs more liberal land acquisition laws.

Wages in India are lower than in some other Asian countries, but skill levels and productivity are lower too. No factory with over 100 employees can retrench a worker without official permission, and that is difficult to obtain. Indian companies do their best to keep workforces low, unlike Bangladesh, which has garment factories employing over 10,000 people. An estimated 78 percent of Indian firms employ fewer than 50 workers, and only 10 percent employ more than 500 workers.12 A new contract labor law will make it easier to hire temporary employees, but this is still far from the labor flexibility that Asian rivals enjoy.

Indian interest rates are among the highest in Asia. The central bank has cut its repo rate to 5.15 percent, but bank lending rates exceed 10 percent to all but the safest big corporations. Government‐​owned banks account for 70 percent of all loans, many of which are near bust and so reluctant to lend except at high interest rates. The government offers 7.9 percent interest on provident funds and other small savings schemes to woo voters. This forces banks to increase their deposit rates and, hence, lending rates.13 India must cut its small savings rates, privatize most government banks, and end “priority sector lending” that forces banks to give 40 percent of all loans to areas that the government chooses, such as agriculture and small industries.

How Some Subsidies for the Poor Hurt Exports

Indian industries face among the highest electricity tariffs in Asia because state governments use high industrial rates to cross‐​subsidize cheap or free electricity to farmers and poorer city dwellers. This must end. So should high rail freight rates that are used to subsidize passenger fares and make rail freight uncompetitive compared with Asian rivals. India has the highest aviation fuel rates because state governments levy high taxes to supposedly soak rich travelers. This ends up discouraging tourism and making air cargo rates very high. All this adds to high input costs that make Indian exports uncompetitive.14

India’s corporate tax rate was (with surcharges) almost 33 percent for large companies. It was cut in October 2019 to 25 percent with a further cut to 15 percent for new companies that forego all tax breaks. The cuts have finally made India’s corporate tax rates competitive in Asia. But its top income tax also needs to come down as it remains uncompetitive at 42.7 percent.15

India’s educational system is a terrible mess, churning out semi‐​literate school‐​leavers and unemployable college graduates. Its legal system is also in disarray with 35 million pending cases. Legal cases take forever, so lawbreakers have an advantage over law‐​abiding citizens. Contract enforcement is at the very heart of any market system but is very weak in India. The 2019 Doing Business report of the World Bank ranks India at 63 of 190 countries overall but at 163 in contract enforcement.16

A recent law to accelerate insolvency and liquidation is a good reform to throw out deadwood and revive industries under new managements. But the legal deadline of 270 days for resolving cases is often exceeded and has sometimes taken over 800 days because of legal ambiguities and tardy courts.17 Here, too, legal amendments have been enacted to accelerate disposal, but much remains to be done.

In sum, India needs to avoid the temptations of protectionism and opt instead for reforms that make it more competitive. This would enable it to join RCEP without suffering major disruptions. 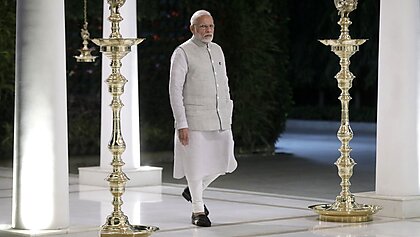 Indian democracy is flawed, but pessimists claiming that Modi will crush all dissent, abandon secularism, and make India a Hindu state have been proved wrong. NOVEMBER…

The speed and consequences of Himalayan glacial retreat have been grossly exaggerated by the media and environmental activists. MAY 3, 2022 • POLICY ANALYSIS NO.… 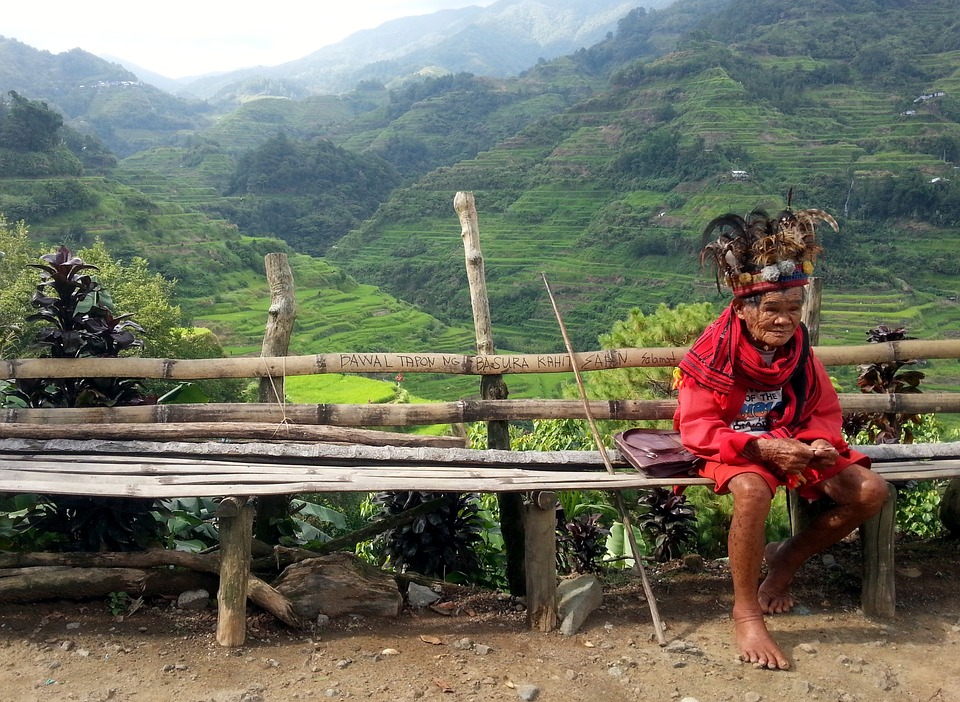